celebration on a fairytale castle 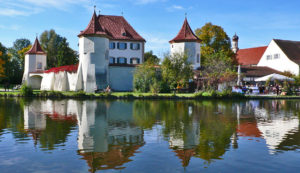 Six years ago I was invited by the Internationaler Jugendbibliothek in Munich for the White Ravens Festival. One week I visited schools en libraries. It became a memorable time. Not only because of the inspirationale encounters with young readers, but also because I met many international acclaimed authors like Jenny Valentine and Anne-Laure Bondoux. To top it all I also met Anna Becchi for the first time, who became my sublime Italian translator and ‘literairy bulldozer’. With her I travelled allready twice through Italy for meetings with readers.

The IJB celebrates its 70th (!) birthday on the 20th of september on its residence, the magnificent Schloss Blutenburg. They invited me to do a musical performance for young children. I am looking very much forward to it.